"Writing doesn't just communicate ideas; it generates them. If you're bad at writing and don't like to do it, you'll miss out on most of the ideas writing would have generated." -Paul Graham 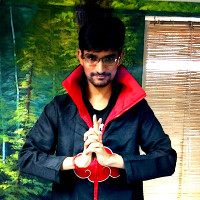 I'm Ravi Ojha, responsible for just about everything on this site. That's me, over to the right. I'm a full-stack Software Engineer by passion. A product person. On lazy weekends, I either indulge into graphic design or write blog posts here. I'm also into competitive programming, which helps to keep up with algorithmic challenges and logical skills.

I started Rookie's Lab in 2012 as a freshman in college to rant about extra-curricular activities. It also serves as an excuse to practice the art of writing. I started with graphic designs. Then I became a competitive programming fanatic. Later, I got introduced to python in an online course offered by MIT. After graduation, I started writing about software engineering because that's what I ended up doing for a living. As to the part of practicing the art of writing, it's been a mild success so far, however, I shy away in embarrassment when I read my earlier posts. Maybe, that's a measure of progress. And, from the quote above, I believe writing will help me generate more ideas, other than communicating with the audience.

My posts on other websites

I used to watch Dexter's Lab (I still do sometimes) and wanted to name "<something> lab". Back in 2012, I was a privacy freak and didn't like the idea of disclosing the man behind the blog. So using my name was not an option. Now, I was just a new kid in the world of blogging, a novice. Looked up "novice" on thesaurus for other words and hence "Rookie's Lab".