A new grad in the college, seniors were looking for folks to join various communities. Thought, this was my chance to pursue what I admired. Had no clue how they used to make great posters and website mockups. After a few design workshops in late 2012, I was able to come up with this.

Thought behind the funky “S” (Yes, the first letter is “S”) was to, somehow, convey that it’s a batman. We had Superheroes theme for the fest and, well, that’s all I could come up with. Please, don’t post hate comments, I’m equally guilt-ridden whenever I look at such a portrayal of batman.

After spending a year making horrible posters, which I won’t add here, I went on to join the ACM community as a design member. 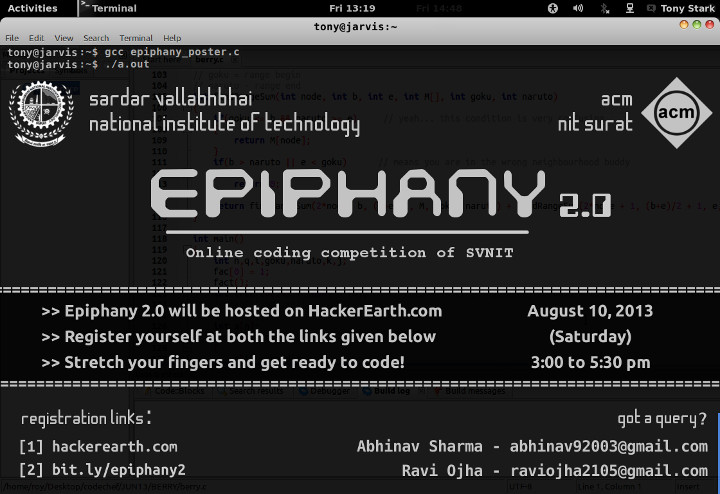 We started a series of Competitive Programming contests, hosted on HackerEarth, to encourage fellow juniors and batch-mates to participate in ACM ICPC Regionals. Since the target audience was CS grads, I thought a terminal looking poster would surely catch some attention. 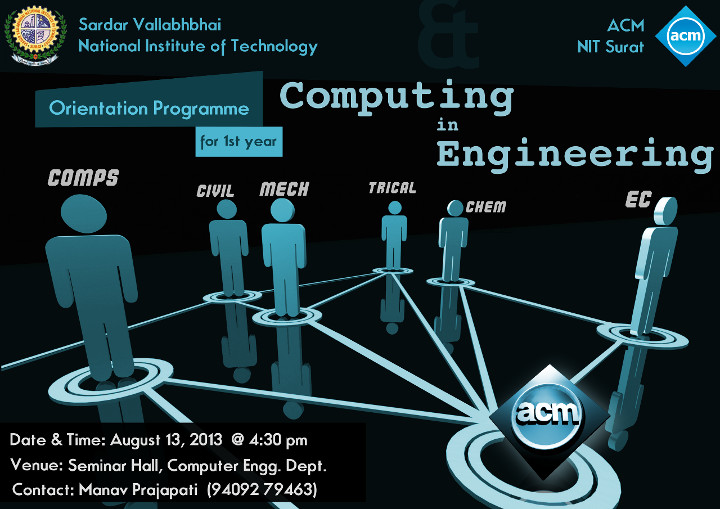 Moving into our senior years in college, it was time we recruited juniors for our community. This poster was an invitation for anybody in the college, irrespective of their field of study, to get to know what this little ACM community of NIT Surat was up to and if they would like to be a part of it. 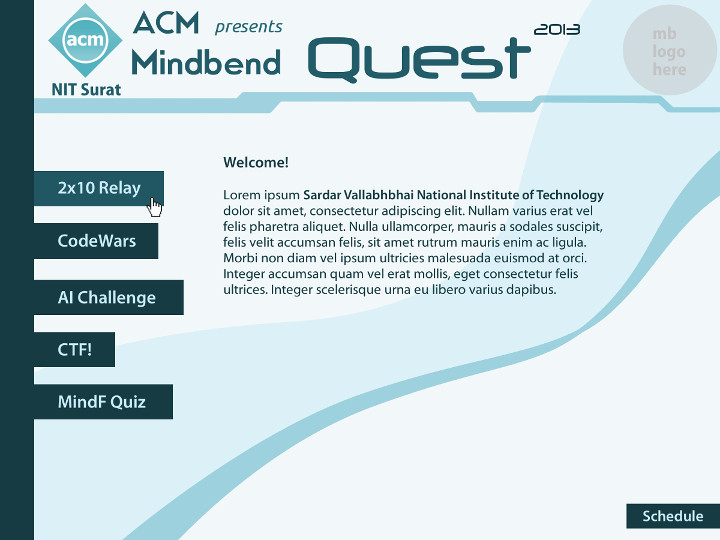 So far, all I had done was designing posters and logos. It required a good idea and turning that into a poster/logo. This was an attempt to design website mocks for a coding fest. My graphic poster design instincts took over and produced something that is far from a website. Anyway, it served the purpose though. 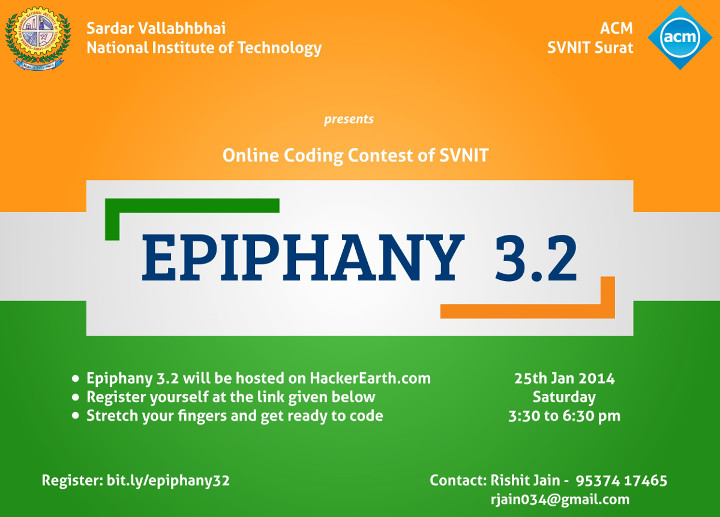 We used to have multiple editions of this competitive programming contest. This time around, it was scheduled close to India’s Republic Day and hence the use of our national flag’s colors in the poster. 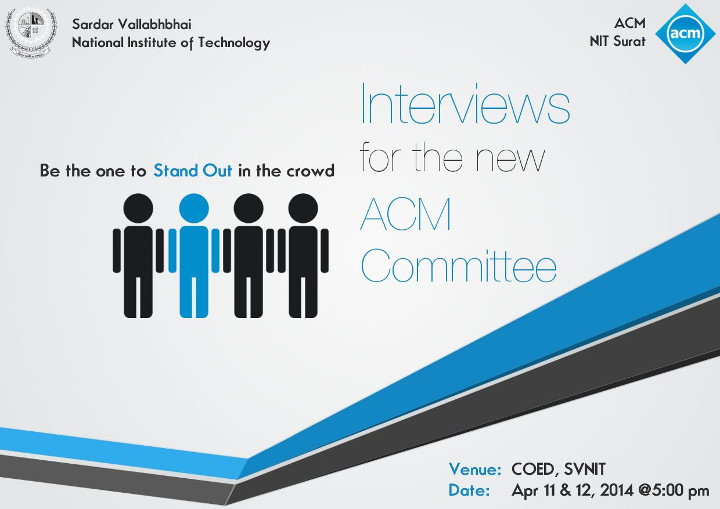 It was time for us to hand over the legacy to our juniors. This was my final poster as a designer for ACM Community NIT Surat.

I was in dilemma, whether to really go with design as profession or opt for software engineering. On asking one of my seniors about it, he gave me a beautiful advice. I’d quote him here.

If you choose your hobby as a profession, you’d have look for another hobby. There would be a time in your life when you’d get bored of your profession and that’s when you’d seek the solace in hobby to kill that boredom.